Carlos is a short documentary about a Carlos Vega, a community organizer, originally from Ecuador. I created the score based on the music from that country. My father is from Chile, which has similar musical tradition, so it was very familiar and natural for me to compose in this style.

Carlos is a short documentary film about Carlos Vega, an activist for Latino rights in the City of Holyoke, Massachusetts. He spent his whole life fighting to give a voice to those who had none. His efforts have help to empower the under-class the city of Holyoke and set the stage transformations that continue to this day. 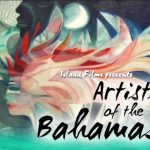 Artists of the Bahamas (2008)Films