Islands of life was a very fun film to score! I had always wanted to compose music for a nature documentary, having grown up with Jacques Cousteau and National Geographic specials. I tried to respect that tradition with a variety of approaches. This film allowed me to show more of my abilities than any previous single project. This film won the Spirit of Independents award at the Fort Lauderdale International Film Festival 2011.

Islands of Life is a feature documentary which explores the spectacular wildlife and habitats on the islands, the rich history of the nation and the vibrant culture of the people who live there.

These video clips were used by permission of the filmmaker Bo Bodart.

These video clips were used by permission of the filmmaker Bo Bodart.

Crabs
with Peter Jones on accordion 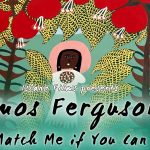 Amos Ferguson Match Me If You Can (2011)Films 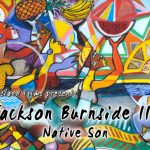